The concept and term of beneficial owner is at the very heart of the fundamental principles of international taxation and has never been strictly and legally defined.

Once upon a time there was a beneficial owner

The notion of beneficial owner first came to light in 1977 in the OECD Model Tax Convention. The main objective of this concept was and is to fight against cases of "treaty shopping“ that can occur through the artificial interposition of an entity, a shell company or a transparent intermediary, between on the one hand, the debtor, and on the other, the beneficial owner of passive income (dividends, interests or royalties).

In 1991, the French legislator introduced the condition of beneficial owner when transposing the EU Parent-Subsidiary Directive on dividends into national law (Art. 119 ter of the CGI), where the latter actually made no provisions for this.

For many years after however, there was little in terms of French case law, and where it did arise, its application was limited only to a concept of beneficial owner in cases of artificial or abusive arrangements.The concept is now attracting renewed interest from the French tax authorities and courts since the CJEU’s rulings of 26 February 2019 contributing to the judicial construction of the definition of beneficial owner.

To Infinity and Beyond the case law definition

It should be noted that neither tax treaties, European directives nor French tax legislation provide a precise definition of the concept of beneficial owner. In France, it is therefore the case law that has largely clarified this notion.

In the decision of 5 February 2021, the French Administrative Supreme Court (Conseil d'Etat) in the case of Performing Right Society (PRS), and by order 5 October 2021 of the Bordeaux Administrative Court of Appeal in the case of Meltex - the notion of beneficial owner was chiefly defined according to the existence or not of an obligation on the part of the recipient of the income, to redistribute said income.

The criterion in such cases refers to the 1977 OECD comments in which the notion of beneficial owner is assessed on the basis of the power of a recipient to dispose of received income, i.e. the power to freely decide on the appropriation of the amounts concerned.

In these two cases, the status of beneficial owner was denied to "intermediary" companies that received royalties from a French debtor on the grounds that there was a legal (statutory/contractual) obligation to redistribute the received income to the partners. The respective companies were therefore considered as mere agents.

The French Conseil d'Etat rejected the qualification of the British company PRS as a beneficial owner on the grounds that it was expected in principle and by its statutes to redistribute to its members the royalties paid by SACEM, and that indeed, in practice, the most part of these royalties was paid back to the members each year.

In consequence, the reimbursement of the withholding tax deducted in France as stipulated by the France/UK tax treaty was not applied at a company level to PRS but only to those members of the company  who were UK tax residents, the latter being considered as the true beneficial owners.

In the decision concerning Meltex, the Administrative Bordeaux Court of Appeal refused the status of beneficial owner to a Dutch company Wonga BV which received royalties for the use of the Hartford trademark from its French subsidiary, Meltex. The Court of Appeal’s decision was made on the grounds that the Dutch company had the obligation under a master license agreement with its parent company, Impala World Inc, located in the British Virgin Islands and subsequently in Panama, to pay back in a short time frame almost all the royalties received from Meltex.

In consequence, Wonga BV was not considered as the true beneficial owner and its application for exemption from the withholding tax on the royalties paid by Meltex as provided in the France/The Netherlands tax treaty was rejected by the Court.

In two rulings, of 25 May 2021 for SAS Alphatrad, and 8 February 2022 for Meubles Ikea France, the Administrative Court of Appeal of Versailles focused on a set of indicators relating to the scope of the activity and the operating methods of the company receiving income in order to reject or grant beneficial ownership.

In the case of Alphatrad, a French company paid dividends to its Swiss parent company Optilingua Holding, whose sole shareholder was an individual resident in Portugal.

The Court ruled that the Swiss company was not the beneficial owner of the dividends as it could not demonstrate the substantial reality of its management activity having neither human nor material resources of its own.

In this specific case, the absence of any redistribution of dividends to the partner was grounds for an unfavorable ruling as over the same period, substantial advances had been granted to the same individual. Although the company was formally speaking the owner of its income, in fact, its sole partner had free disposal of the company funds.

In Meubles Ikea France (MIF), the French company paid franchise fees of 3% of its net sales to a Dutch company, Inter Ikea System BV (IIS BV), which in turn paid 70% of the royalties received to the Interogo Foundation, owner of the Ikea brand and located in Liechtenstein where it did not pay any direct tax.

In view of the facts in this case, the tax authorities considered, on the one hand, that the Dutch company was not the beneficial owner and, on the other hand, on the grounds of an abuse of rights, that its interposition between the French company and the foundation was exclusively intended to allow the French-source royalties to benefit in a fraudulent manner from the exemption from withholding tax as stipulated in the France/The Netherlands tax treay. This point was particularly highlighted by the administration due to the fact that the Dutch company redistributed 70% of the royalties it received.

The Court however, considered that the Dutch company receiving the franchise fees was not a mere agent but the actual beneficiary of these sums, noting in particular that although it was contractually obliged to pay 70% of the amount of these fees to the foundation, it was actually operating a real activity of its own through its own material and human resources.

The Dutch company had indeed a material substance.

In the light of this case law, the main elements that should be taken into consideration when assessing the beneficial owner of a company receiving passive income from a French source are the following:

In a recent decision of 20 May 2022 in the case of the company Planet, the Conseil d’Etat decided on a question of principle to apply the tax treaty concluded between France and the country of residence of the "true" beneficial owner of the company disregarding the actual presence of payments made to an entity in another country which was considered as the beneficiary.

While the shape of the legal definition of the beneficial owner is becoming clearer, other more grey areas and uncertainties will have to be cleared in the future in order to provide greater legal certainty to taxpayers: how will the anti-abuse mechanisms of both national law and treaties link in to the notion of beneficial owner, how will a strict legal definition fit in with the transposition into French law of the draft ATAD3 directive (see article below) planned for 30 June 2023 at the latest... 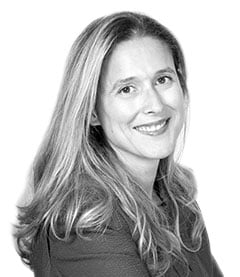